Product piracy causes annual losses to the tune of 54 billion euros to German industry, according to a survey by the private-sector Cologne Institute for Economic Research (IW) commissioned by the Initiative New Social Market Economy (INSM).* Consequently, anti-counterfeiting solutions are all the more important: Color Laser Film (CLF) from Schreiner ProTech can be provided with microfont that is hardly discernible with the naked eye and difficult to fake.

“One in ten companies in Germany has been the victim of product and brand piracy at least once in the past five years,” says IW expert Oliver Koppel. In addition to the direct loss in sales revenue for the companies affected, the damage manifests itself in clearly less employment being created due to the drop in sales. The Cologne Institute for Economic Research talks about a loss of some 500,000 jobs.

Nameplate with Added Value
Product authentication offers protection against fakes. However, product protection solutions often involve additional costs and entail the risk of the anti-counterfeiting feature being faked itself. Schreiner ProTech has developed a solution featuring the application of a customized microfont at the customer’s site during the laser marking process. The font is so small that it is hardly discernible with the naked eye and can only be read under a microscope. The benefit to customers using CLF nameplates: unlike with other products, they incur no additional costs because the required system—the film and laser equipment—is already available in their operations.

The microfont can be designed for such a small size because the laser-sensitive layer of the film is extremely thin, i.e. less than 1 µ (micron). By comparison, conventional laser films have a layer thickness of 50 µ. This minimized coating thickness makes it possible to maximize the resolution of the font resulting in microscopic delicacy. Reading the font requires a microscope with 40-fold magnification.

Faking Won’t Work
Laypersons cannot readily detect the existence of this security feature, which means that something that cannot be seen will not be faked. Even if the microfont should be detected, counterfeiters will hardly be able to copy it, because they lack the individual components of the variable marking system. It consists of the Color Laser Film, which is not freely accessible. The Nd:YAG (neodymium-doped yttrium aluminum garnet) laser system is also hard to obtain by counterfeiters. 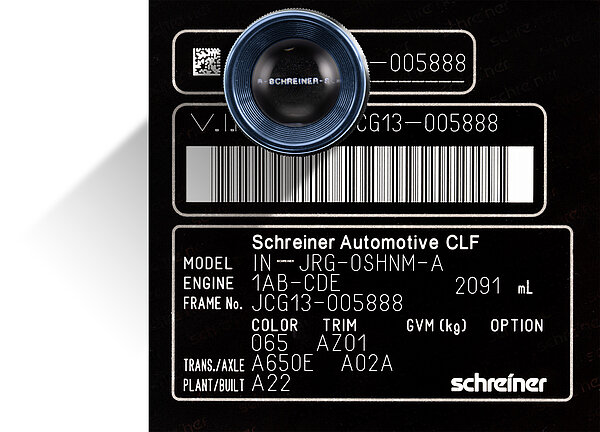 Microfont
Color Laser Film (CLF) from Schreiner ProTech can be provided with microfont that is difficult to fake. 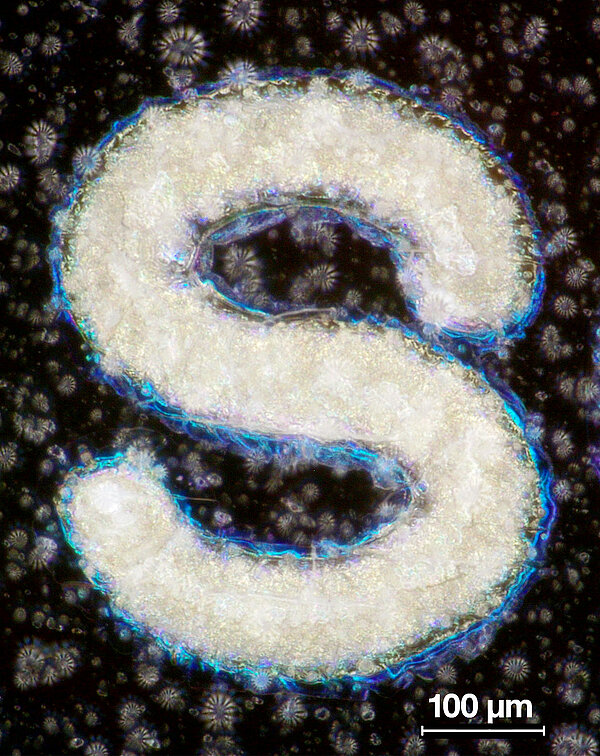 Schreiner ProTech, a business unit of Schreiner Group GmbH & Co. KG based in Oberschleissheim near Munich (Germany) and production sites in Blauvelt (USA) and Shanghai (China), develops innovative film-based functional components and industrial marking and security solutions. From thermal-transfer printing, laser marking and RFID solutions all the way to pressure compensation seals and printed electronics: the certified development partner and systems supplier offers solutions which help optimize processes, reduce costs, make life healthier and safer, and enhance human mobility. All of Schreiner ProTech’s solutions for the mobility and electronics markets as well as for mechanical engineering are specifically tailored to meet customers’ needs.