From a Garage Business to a High-Tech Company: Schreiner Group Celebrates 70th Anniversary

70 years ago, on October 1, 1951, Margarete and Theodor Schreiner founded Schreiner Group, then still called “M. Schreiner – Spezialfabrik für geprägte Siegelmarken und Etiketten.” A lot has happened since those days. The former garage business has long grown into an international high-tech company. Today, more than 1,200 people at four locations in three different countries are working for Schreiner Group, generating annual sales of around 190 million euros. To duly observe the anniversary even under the challenging conditions of 2021, Roland Schreiner, the third-generation CEO, has on several occasions conducted a range of inspiring activities involving all employees.

Due to the coronavirus pandemic and resulting lockdowns, a major celebration was out of the question in 2021. So why not make a virtue of necessity? Exactly that became the maxim for the year. Instead of one large-scale event, Schreiner Group has had and will continue to have numerous smaller activities and moments to commemorate the anniversary year. Right at the beginning of the year, Roland Schreiner presented a logo specifically developed for the anniversary that can be seen not only on letters, in emails, and on chocolates for employees, but accompanies all other anniversary activities as well.

This includes a video titled “70 People.” All employees worldwide are an important part of Schreiner Group’s success. Appropriate to the occasion of the anniversary, 70 people in this large corporate family were featured in a small video showing who Schreiner Group is today and what it stands for—such as sustainability, among other things. Environmental and climate protection have been important goals for the family-owned business for decades. Accordingly, CEO Roland Schreiner, in another activity together with Oberschleissheim’s Mayor Markus Böck and all employees, sowed seeds for thousands of bee-friendly flowers.

Naturally, the observance of an anniversary puts history in the spotlight as well. Therefore, Schreiner Group organized a special exhibition for its employees showing how simple seal stamps initially evolved into self-adhesive labels and ultimately into innovative high-tech products especially for the pharmaceutical and the automotive industries.

“However, in 2021, we want to not only look back but also celebrate a little,” says CEO Roland Schreiner. “Unfortunately, we are not allowed to invite our friends and partners due to the current regulations. But this week, all employees can look forward to a fantastic anniversary cake and special food on a time travel back to the 1950s. Because this success, this anniversary, would never have been possible without our engaged employees!” 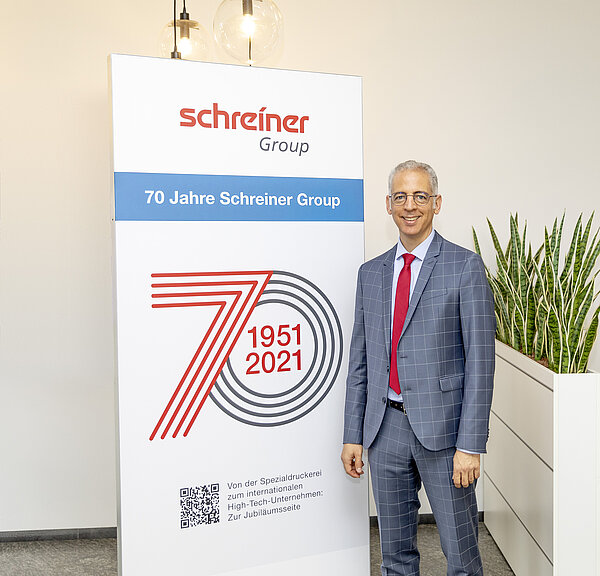 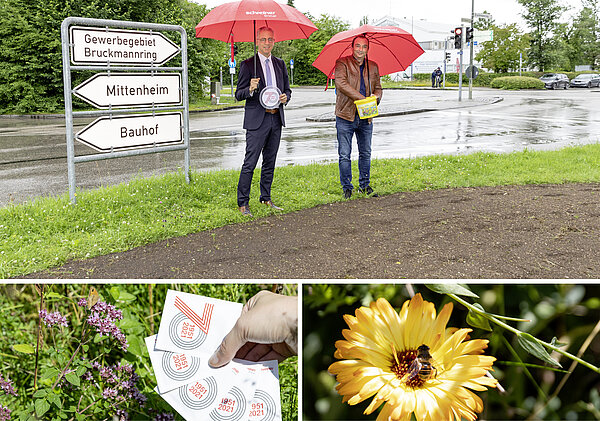 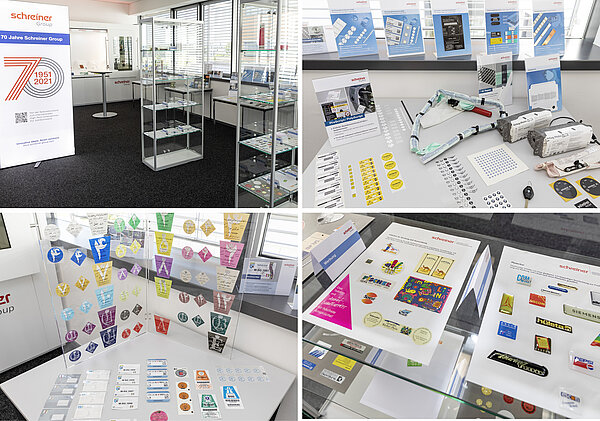 Exhibition
In an exhibition featuring it’s own products, Schreiner Group is showing how the company’s labels have continuously evolved over the 70 years since the business was founded.

More than 1,200 employees generate total annual sales of more than 200 million euros. The high-tech company has four locations: In addition to the headquarters in Oberschleissheim and another production site in the Munich metropolitan region (Dorfen), they include the two international manufacturing facilities in the United States (Blauvelt, New York) and in China (Fengpu, Shanghai).