When Schreiner Group’s Chinese production site opened its gates for the grand opening billed as "Inspired by Tradition – Built for Innovation," an extensive planning process had preceded the event. For the medium-sized family business based in Oberschleissheim near Munich, opening a Chinese location proved to be a positive venture that paid off. Now, the manufacturing facility in the Shanghai metro area is celebrating its fifth anniversary—and the future has already been planned.

“Sustainable quality is one of our major competitive advantages in China,” says Thomas Köberlein, President of the Schreiner ProTech business unit. “We attach utmost importance to ensuring that our Chinese plant meets the same standards and high level as our sites in Germany. The site operates with identical high-tech machines and the quality requirements to be met by the employees as well as the processes and results are the same as the ones here. Our customers highly appreciate this.” Five years ago, only products from Schreiner ProTech, mainly for the automotive sector, were produced in Fengpu. Since then, not only has Schreiner ProTech’s product portfolio been extended there in recent years, but the Schreiner MediPharm business unit manufactures products for the pharmaceutical industry at the Chinese site as well.

Schreiner Group is generally pursuing further growth in China and will increase the number of products to be manufactured there in the coming years. Going forward, product development, which has been residing at the company’s headquarters in Oberschleissheim so far, will be performed directly at the Chinese site as well. For
CEO Roland Schreiner, these are great prospects: “The site in Shanghai has seen a tremendous development in recent years and I am convinced that we have set the course for a successful future of Schreiner Group in China. As a supplier, this makes us an attractive partner for our global customers because we provide them with higher delivery reliability and support the success of their internationalization as a result of our local presence.”

Schreiner Group marked a major milestone as far back as in 2019 when the Chinese site achieved the break-even point just three years following its launch. A lot has happened in the area of human resources as well. “While production operations began with six Chinese and six German employees in 2016, we are employing 24 people in Shanghai today and almost all of them are Chinese,” says Jamie Long, General Manager of Schreiner Group Ltd. China. 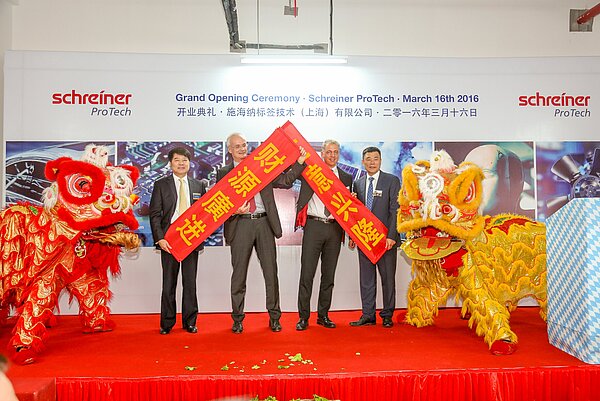 Grand Opening 2016
In March 2016, Roland Schreiner (2nd from right) together with Thomas Köberlein (2nd from left) and Jamie Long (1st from right) officially opened the Fengpu site. Now, the Chinese location is celebrating its fifth anniversary. 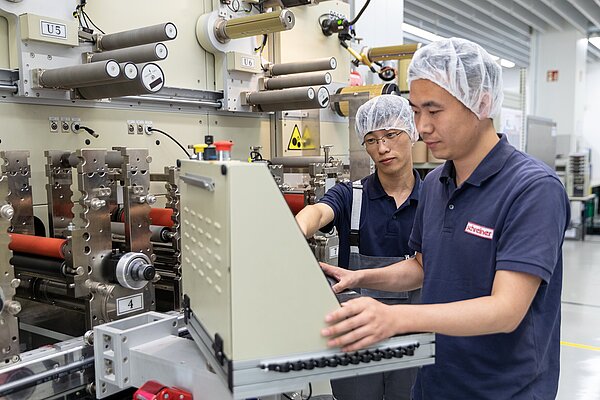 Production and Employees
In the past five years, the number of employees at Schreiner Group’s Chinese location has doubled to 24. 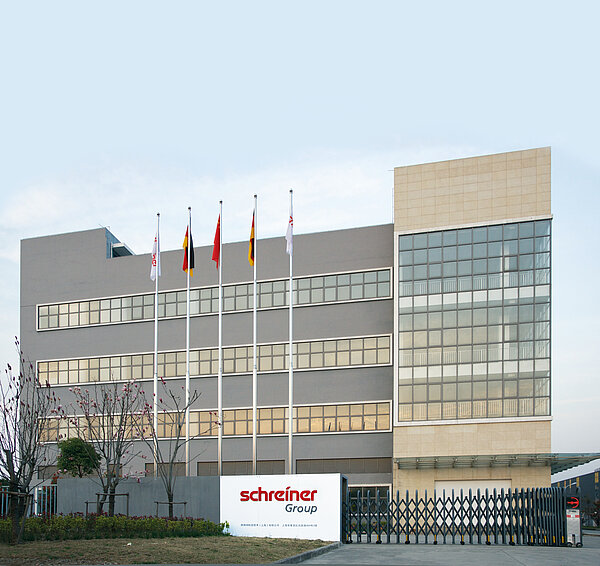 Chinese Site
Schreiner Group will continue to pursue growth in China in the coming years. The Fengpu location has been in the black since 2019.

More than 1,200 employees generate total annual sales of about 200 million euros. The high-tech company has four locations: In addition to the headquarters in Oberschleissheim and another production site in the Munich metropolitan region (Dorfen), they include the two international manufacturing facilities in the United States (Blauvelt, New York) and in China (Fengpu, Shanghai).