A High-Tech Company with a Long Tradition: 70 Years of Schreiner Group

For Schreiner Group based in Oberschleissheim near Munich, 2021 marks a very special year. Founded in 1951, the high-tech company is celebrating its 70th anniversary. The past seven decades have seen the family-owned firm evolve from a garage business into the hidden champion with international operations that it is today. Now, 1,200 people are employed at four locations worldwide, most of them at the company’s headquarters in the north of Munich.

On October 1, 1951, Schreiner Group was founded under the name of “M. Schreiner – Specialized Factory for Embossed Seal Stamps and Labels” by Margarete and Theodor Schreiner in a garage in Munich’s Laim district. In 1974, their son Helmut took the reins of the company and began charting the course for its future as a high-tech enterprise. “Due to hard work, a little bit of luck and, above all, an enormous willingness to keep investing in the business paired with a total commitment to serving our customers, Schreiner became internationally successful as well,” says today’s President and CEO Roland Schreiner. “Our customers soon adopted the saying, ‘If it can be done, Schreiner’s the one.’” In 1993, after the previous sites had finally become too small, the company moved to its current headquarters in Oberschleissheim.

In 2012, Roland Schreiner, representing the third generation of owners, took over the family business. The founders’ grandson had assumed personal responsibility early on and begun to shape the company based on his own ideas. During a twelve-year stint as President of the Schreiner MediPharm business unit, he was responsible for the ground-breaking launch of the U.S. production site in Blauvelt (New York), among other things. A lot more has happened since he took over as President and CEO of the company as a whole eight years ago. In 2015, a Chinese production site was established in Fengpu near Shanghai and in 2019, Schreiner Group opened a site in Dorfen as a second location in the Munich metropolitan region.

2021, however, is more than an occasion to reflect on the past 70 years and to look ahead, but also a time to pause for a moment and to jointly celebrate the successes achieved. Yet in view of a worldwide pandemic, there can be no in-person celebration, no open house and no major event. Instead, Schreiner Group has come up with a wealth of ideas for many enjoyable moments intended to appropriately celebrate its anniversary on a smaller scale. “We’d like to use the beginning of the year as an opportunity to present our anniversary logo that has been developed specifically for this occasion and that will accompany us through the year,” says President and CEO Roland Schreiner. “We’re going to conduct a string of exciting activities throughout 2021, so stay tuned.”

New logo for the 70th anniversary 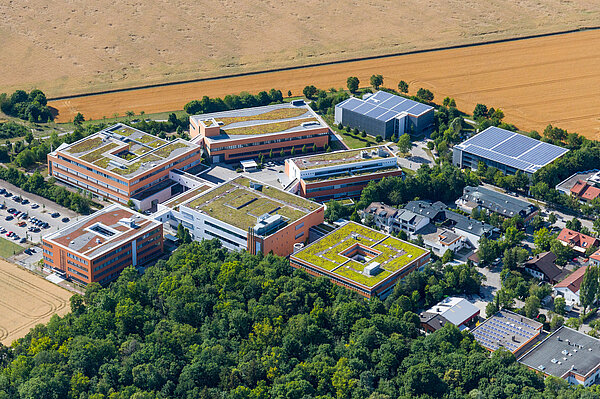 Schreiner Group from above

More than 1,200 employees generate total annual sales of more than 200 million euros. The high-tech company has four locations: In addition to the headquarters in Oberschleissheim and another production site in the Munich metropolitan region (Dorfen), they include the two international manufacturing facilities in the United States (Blauvelt, New York) and in China (Fengpu, Shanghai).